Skip to content
Click to Start Losing Weight and Transforming for FREE!!
Home » Ask the Fat Loss Expert » Low Carb Diets For Weight Loss: Just a Myth After All?
Posted on October 13, 2014October 17, 2014 by Mark Dilworth - Your Fitness University

QUESTION: Tom, I’ve been reading your stuff for years and I also read a lot of other sites and message boards including some of the low carb boards. I have finally come to the conclusion, both from all my reading and my personal experience, that the idea that one will lose weight just by cutting carbs is a myth. 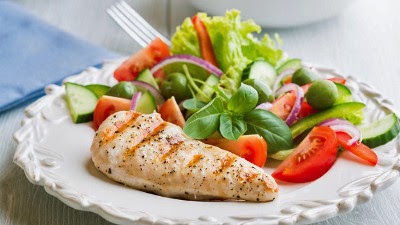 And I welcome anyone who thinks they can to go ahead and try to prove me wrong. I’m not looking for a fight of course, just looking for good information and discussion.

Consider the following two situations; each involves an identical male who requires 3,000 calories/day to maintain his current weight.

SITUATION #1: The individual reduces his calories to 2,500/day, which theoretically will result in losing one pound/week. The individual divides his calories so 60% (1500) come from Carbs and the remainder come from Fat and Protein. Will he lose weight even though he’s eating a lot of Carbs? I believe the answer is YES because even though the carbs are high (60%), he is in a calorie deficit.

SITUATION #2 The individual adopts a Low Carb Diet by eating only 25 grams of Carbs daily (100 calories). He then eats an additional 2900 calories of Fat and Protein. Will he lose weight? I believe the answer is NO because even though the carbs are low, he is eating at his maintenance level.

Now, I understand that there are advantages to controlling insulin and reducing Carbs, including some health benefits for some people, but what I often don’t see on the low carb benefit list is the impact that fat has on controlling appetite. I believe that Fat satiates even the largest appetite, causing you to eat less.

Therefore, I believe that the reason a Low Carb Diet works is because people who follow it eat fewer calories.

I would love to get your feedback on this Tom and if you or any of your newsletter or blog readers have any studies or information proving me wrong, please let me know.

Thanks for your well-thought out question John. Yes, we’ve discussed this before, but it’s timely and worth discussing again, especially with some of the long-term research that was just published earlier this year.

You are preaching to the choir though, my friend. You are right, fat loss hinges on calories in versus calories out. BUT — and there is a big BUT — we really need to make some distinctions about low carb and high protein so we don’t throw out the baby with the bathwater. Low carb has some advantages.

More importantly, so does high protein. Here’s where most of the confusion comes from in this whole low carb thing:

This makes all the difference because in a real world (free-living) scenario, low carb almost always beats high carb for weight loss, especially in the early weeks and months of the program.

This can be partly explained by water weight and glycogen loss in the intital weeks, but also by actual greater fat loss during the early stages.

However, this is not because of “metabolic advantage” of low carbs over high carbs, it is because subjects in these types of studies ate less in the low carb group.

In other words, low carb diets usually control calorie intake better, when you’re not counting calories (you get “automatic” calorie control, provided you’re not a totally unrestrained eater, of course).

So you are correct in your conclusion.

Furthermore, it’s difficult to eat too much when you remove an entire group of calorie dense foods (sugars and starches) which are a food group responsible for providing a huge portion of the calories in most people’s diets. Sure, you can overeat on dietary fat as well, at least in a mixed diet, but apparently not easily in the absence of carbs.

Now, here’s the kicker… As soon as you start controlling calories..I mean hospital ward or research facility controlled, where the subjects cannot pick and choose their own food, and instead, the food is weighed and measured and almost literally spoon fed to the subjects, the difference in weight loss between low carb and high carb shrinks or even vanishes.

In other words, when calories are matched, there is little or no difference in fat loss between a high carb and low carb diet, when dietary fats and carbs are the variables manipulated.

In the long term studies, even more valuable data has emerged…

The big study by the New England Journal of Medicine that got all that publicity earlier this year confirmed it once again… Even though low carb diets work better in the short term for weight loss in free living subjects, the advantage decreases by month six, and disappears after a year or two. The moral of the story is (drumroll please)… Most people don’t stick with ANY type of diet very well for very long.

And… the extreme low carb diets in particular have lower long term adherence rates and poor long term maintenance rates. Now, this does not mean that low carb diets do not have benefits. They certainly do, and some of them are health related (which is beyond the scope of this column).

Other benefits are fat loss related… If you automatically eat less due to appetite suppression and removal of calorie dense foods, that is clearly an advantage, it’s just not the advantage that most low carb advocates suggest. There is no proof of metabolic advantage purely from restriction of carbs and insulin does not lead to obesity in a cause and effect sense, insulin merely plays a role in the process of partitioning surplus carbs into fat stores or in suppressing fat release.

Insulin is important to manage, but not the deciding factor in whether you lose fat or not. One change in macronutrients that DOES help fat loss is an increase in protein. Protein is highly thermogenic – about 30%. So 30% of the energy in protein is not available for potential fat storage, as it is metabolized just in the digestion process. So in reality, you could say it’s the higher protein, NOT the reduced carbs, that provides the real advantage!

Ironically, a low carb diet is NOT always high in protein! Ketogenic low carb diets for example, are actually high in dietary fat, not so much protein. Most people don’t realize that. Too much protein is somewhat gluconeogenic and kicks people out of ketosis.

Likewise, a high protein diet is not always low in carbs. Take the 40-40-20 macro split from BFFM (or BFL) for example. 40% of calories from protein is very high. And yet 40% carbs is not very low!

The protein-induced thermodynamic advantage is somewhat small, but it’s significant if a large shift in protein intake is made as is the case with a 30-40% protein program. For example, the old food pyramid/ traditional dietician-style diet is 15% protein. Research from the University of Washington School of Medicine showed that when protein is doubled to 30% (replacing carbs), there is a small but measureable advantage even when matched calorie for calorie. In free living studies, the advantage is even larger because protein is a great appetite suppressant and is highly satiating.

In fact, protein NOT FAT, is the most satiating nutrient. It appears that fat is psychologically satiating, but protein is the hands down winner as the most satiating, appetite suppressing macronutrient, physiologically speaking. Thus, a protein with every meal and a 30% (or even higher) ratio of protein is conducive to better fat loss – which incidentally is EXACTLY how the Burn The Fat, Feed The Muscle program is set up.

There’s much more to good nutrition and health than just calories, but ultimately the most important factor is not macro ratios or low carb vs high carb. When you sort it all out, fat loss all comes down to a calorie deficit in the end. In my 26 years of bodybuilding and 20 years as a fitness professional, I’ve tried it ALL… I’ve gotten ripped on high carb and I’ve gotten ripped on low carb; thousands of others can testify the same for either side.

What successful approaches have in common is a calorie deficit… AND they are programs you can actually stick with. I simply believe that if you can get even a slight advantage by bumping up the protein and dropping the carbs, at least a little, why not take it? So that’s why my bodybuilding-style pre-contest maximum fat loss program is high in protein and low to medium in carbs.
learn more at ====>www.BurnTheFat.com

Tom Venuto is a natural bodybuilder, certified strength and conditioning specialist (CSCS) and a certified personal trainer (CPT). Tom is the author of “Burn the Fat, Feed The Muscle,” which teaches you how to get lean without drugs or supplements using methods of the world’s best bodybuilders and fitness models. Learn how to get rid of stubborn fat and increase your metabolism by visiting: www.burnthefat.com